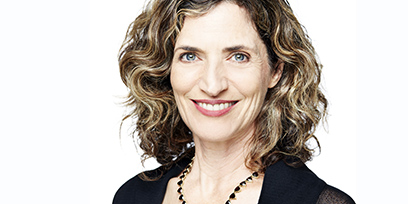 Jane Rosenson holds the position of Principal Harp in the Opera Australia Orchestra. Jane began her music studies at an early age with her mother Marion who was a concert harpist, pianist and organist. A brief foray into a medical program was cut short when she met her harp teacher, Ruth Dean Clark. Jane then joined the music school and completed both a Bachelors and Masters Degree of Music Performance from the University of Michigan School of Music, and was subsequently appointed adjunct lecturer in harp.

Jane has delighted audiences with her beautiful and engaging performances in both the classical, popular and jazz arenas. Jane has performed and recorded with numerous orchestras including the Detroit Symphony for thirteen years, the Hong Kong Philharmonic for two years, the NHK Orchestra and the Sydney Symphony among others. As a soloist she has appeared with many ensembles in America and abroad including the Ann Arbor Chamber Orchestra, the New American Chamber Orchestra, The Meadowbrook Festival Orchestra, the Hong Kong Philharmonic as well as live broadcast recitals from CBC in Canada, Radio 4 Hong Kong and the ABC in Australia.

In the popular arena as a member of the Jeff Duff Orchestra, Jane has appeared on TV and radio in Australia and Japan and made frequent appearances at The Basement, Sydney’s premier jazz club. Versatile performances include those with Betty Carter, Bob James, Alexander Zonjic, Earl Klugh to recording with the rock group, Silverchair.

Jane’s recordings include those with the wonderful Jeff Duff and his Orchestra, White Light CD and Dreamlines both with Kirsten Williams, Sydney Symphony Associate Concertmaster and Aria with Jill Felber, flautist. Jane recently released Vignettes with Emma Sholl, Associate Principal Flute with the Sydney Symphony, which includes new arrangements and compositions for flute/alto flute and harp.

Teaching remains an area that Jane is passionate about and she devotes much of her free time working with the next generation of young Australian harpists with excitement and much gratitude.

Fun fact: Jane’s secret passion would have to be singing, of course!