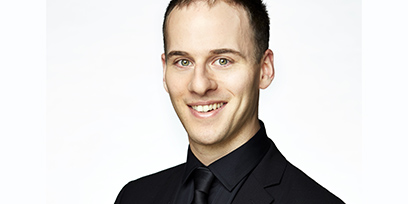 Shaun Trubiano joined the Opera Australia Orchestra as Principal Percussion in December 2011. Previously, he was a Fellow with the New World Symphony Orchestra, in Miami, performing under conductor Michael Tilson Thomas. He attended Manhattan School of Music (MSM) where he completed both a bachelor and masters degree in Orchestral Performance (OP) as a named scholar of the Henry Nias Foundation. Whilst studying in the OP program, Shaun was under the distinguished tutelage of Metropolitan Opera Principal Timpani Duncan Patton and New York Philharmonic Principal Percussion Christopher Lamb. Further studies concluded in 2011 with a postgraduate certificate in Orchestral Percussion from MSM as the Berkman Rahm Scholar.

An emerging authority in percussion pedagogy, Shaun is a lecturer at the Sydney Conservatorium of Music and has taught at Australian National Academy of Music and Percussive Arts Society.

Shaun is a proudly endorsed artist of Yamaha and Zildjian.

Fun fact: A great anecdote from Shaun comes from the final ten minutes of a performance of Strauss’ Salome. Fake blood spilled onstage and leaked through to the orchestra pit. Blood poured all over the timpani and bass drum as we played a bloody-good ending.